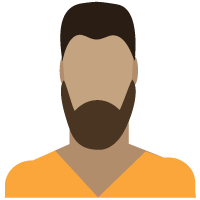 About a year ago, I realized that there were some serious problems with my plumbing. I couldn't get some of my toilets to flush properly, and it seemed like my sinks were always backing up. I wanted to do something to make things easier, so I called in a team of professionals who could help. They worked hard to understand my plumbing issues, and even went through and created ways to help the system to run better. Because of their help, I was able to completely resolve my challenges, and it was an awesome feeling. Check out this blog for great information on plumbing.

Are you in the process of building a home and need to decide on what kind of plumbing you should use? If so, you may be debating between PEX and copper pipes. While both have their own advantages, PEX has become a popular choice in new construction due to how easy it is to install when the walls are opened up. Not only are the pipes strong and resist bursting in the winter, but there is significantly less labor cost involved to install PEX. However, there are two different types of PEX pipes that are available to you, and it's important to know what the differences are before installing them.

You'll find that PEX-A tubing is generally more expensive than PEX-B, but it is also going to be stronger. However, PEX-A is also a more flexible pipe. This makes it easier to work with during construction since it can easily go around bends to get to the point where it needs to go. In fact, the tubing can easily be reshaped once it is unrolled. There should not be much of a need to make fittings on PEX-A to make a tight turn in a wall. PEX-A can also be repaired quite easily if you get a kink in the tube itself. All you need to do is heat the pipe up to remold the tube and get rid of the problem in the pipe.

PEX-B is the more popular of the two types of PEX tubing, which could be because it is less expensive. While PEX-B is a bit harder to work with and more difficult to fix kinks in the lines, it's still much easier to work with than copper plumbing which requires tons of joints. That's why many people see PEX-B as a middle ground between PEX-A and copper plumbing since you give up some of the perks of PEX-A but still retain all of the benefits it offers over copper.

The downside of PEX-B is that it is more likely to break under pressure when compared to PEX-A. PEX in general is going to be much more durable than copper plumbing and resist bursts if the water inside freezes, but PEX-B is still more susceptible to damage compared to its counterpart.

Not sure which type of PEX is right for your new home construction? Reach out to a new construction plumbing contractor for their assistance.